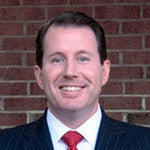 Mr. Andrews gained valuable litigation experience as a Senior Assistant Commonwealth's Attorney (Prosecutor) for the City of Virginia Beach, Virginia, and as an Assistant Commonwealth's Attorney for the city of Newport News, Virginia. He also prosecuted offenses as a Special Prosecutor for the City of Chesapeake, Virginia.  These experiences gave Mr. Andrews insight and understanding into the investigative process and procedures used by the police and Commonwealth Attorneys/Prosecutors.

Mark Andrews is routinely recognized as one of the top DWI/DUI and Criminal Defense attorneys in the Hampton Roads area and regularly receives client referrals from law firms and attorneys whose clients have been charged with a criminal and/or traffic offense. Mr. Andrews' background, experience, and professionalism help him to achieve the best possible outcome for their clients.

We would love to hear from you! Please fill out this form and we will get in touch with you shortly.

Thank you for contacting us. We will get back to you shortly.

Please complete all required fields below.

If you or someone you know has been accused of a DUI/DWI, traffic offense, or any other criminal offense, then contact Mark A. Andrews TODAY to schedule a FREE, no-obligation initial consultation. Your free initial consultation is valid for up to 30 consecutive minutes. Please contact us with questions or for more details.